German Shepherds are one of the best breeds because of their natural protection and herding skills. Many of today’s herding breeds, including the German Shepherd, and Belgian Malinois, have only been established in the past couple centuries. However, the use of working dogs on farms and ranches has been in place for thousands of years. Evidence suggests that the first herding dogs were in use as far back as the neolithic age. Shepherds needed a more efficient way of transporting large herds. As sheep and goats were natural prey for wild dogs, humans were able to train them, and adapt their hunting instincts into herding behavior. Dogs were also trained to protect the livestock from other predators. While many herding dogs now perform both herding and guarding, they were originally seen as very distinct roles and different breeds were adapted to suit each one. Dogs were often bred in small communities, and as a result, breeds varied greatly between them, even within the same country. The act of herding can be performed in several ways. Traditionally, dogs were only trained to herd in one way, but herding dogs today are able to employ a variety of techniques. The act of nipping at the hooves of an animal is an effective way of driving the livestock and pushing it forward. Another technique is for the dog to run up ahead of the herd and stare it head-on. This technique, known as heading, causes the herd to stop or change direction. All of these techniques are an extension of the dog’s natural hunting behavior. Through careful breeding and training, the dogs are able to perform the tasks in response to a whistle or spoken word. Of course, the dogs are also trained not to injure the livestock in any way. 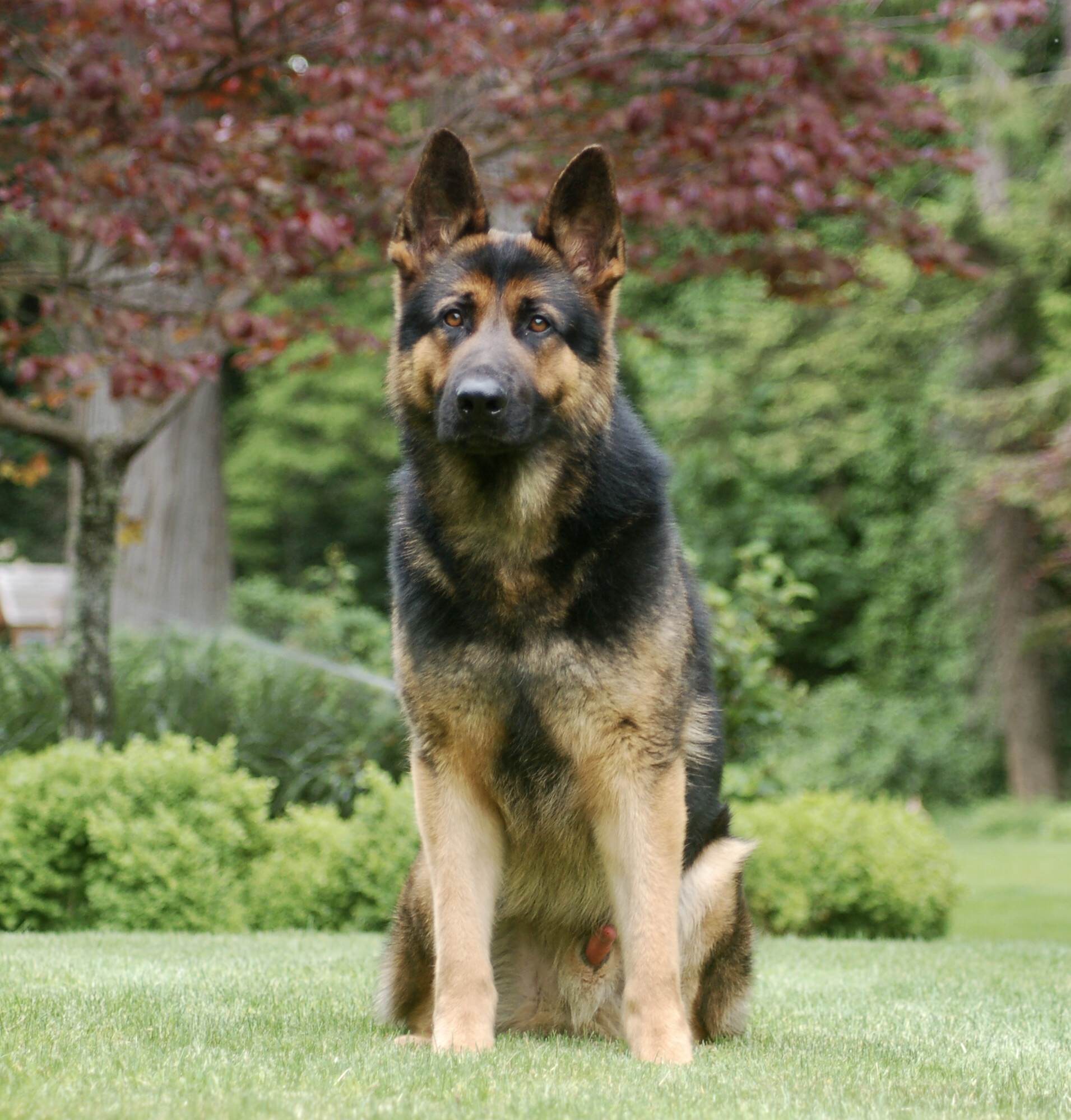 At Command Control Protection Dogs, we offer clients a variety of the most elite German Shepherds either from our own line, or those bred and imported from Germany. The Dogs we select for our company are the finest available, displaying a beautiful build and exceptional temperament.

All of our Dogs are guaranteed to be screened and free of hip dysplasia. Learn more about our Protection Dog guarantee.