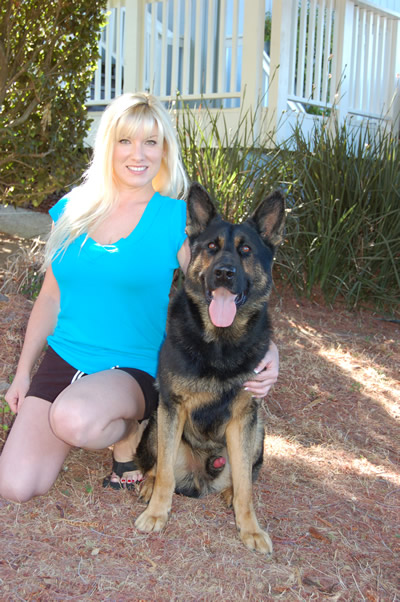 A stable and established pack structure is very important when you are dealing with adult dogs. This is because they may become aggressive otherwise. To get a dog to respect you, you have to do more than take care of it. You need to teach a dog respect and establish yourself as the leader of the pack in the dog’s eyes.
It is important to tell your dog how to behave, especially for new dog owners. It helps you get the animal under control with more confidence. They come to understand how a dog’s nature is influenced by traits, both acquired and inherited.

Humane societies come across many dogs who have been turned in because their temperament is unstable because of their genetics. It is not abuse that has made them this way but an owner who did not know how to provide a stable pack structure to the animal! The drive to acquire a rank in that faulty pack structure is what makes them behave the way they do.
At times, treating your dog anthropomorphically can lead to development of dominance issues in the dog. A dog is to be treated like a pack animal – the pack being your family. Most owners then have the troubled animal put to sleep or turn to a shelter.

Obedience training is useless, if you aim to teach your dog about pack structure. We do not ask you to forego obedience training completely but rather to combine with the steps that we suggest later in this article. If you send your dog off to a professional dog trainer, the animal learns to mind the trainer, however , when back home, he will have forgotten all his lessons since it was not the owner who trained him. A dog’s intelligence can be gleaned from the fact that he will revert to his obedient self, when he meets the trainer but he will not accord you the same level of respect!

Don’ts
• Be aggressive towards the canine – not even raising your voice!
• Accept him to roll over
• Use hard leashes
• Depend on your love to correct his behavior – loving your pet unconditionally will not be enough to make him see you as the pack leader.
• Confuse simple commands like, “come”, “sit” or “heel” with groundwork.
• Use human psychology on your canine – the solution to his behvaorial problems does not lie in his past.
Dos
• Behave like the leader of the pack and show your pet his responsibilities and limits.
• Understand your daily behavior with him will determine how he behaves.
• Realize you will need to modify your training, if you own a dog abused by his previous owners.
• Comprehend that is never too late to correct behavioral issues.
• Accept that everybody – from your gardener to the grocer– will tell you how to train your dog!
• Recognize that dogs of all breeds – sizes and ages – need to be trained on how to behave. While the training is not breed-based, it will be specific to each dog since they all have varying temperaments and drives.

What to do after bringing your new dog home

The first step is social isolation for three or 4 days – or more, depending on how dominant the dog is.
Don’t
• Pet the dog
• Play with the dog
• Apply this method on puppies

Earning the privilege to roam around without a leash

Yes, it is a privilege and your pet needs to earn it. Even if the formal obedience training does not start until later, it is good to bond with him early. When you let him realize that you are in control, he will start to respect you. Similarly, be fair to the animal and always issue corrections when warranted. Fairness will form the basis of a respectful relationship. He needs to learn that affection is earned.
Don’t
• Let the dog off the leash until you are outside
• Let him have the run of the house for some months – all activities are to be done while on the leash.
• Push yourself on the dog
• Hit or yell at him, if a crate stresses him.
• Leave him alone at home, unattended.
Do
• Let him back in the crate – and on leash – when he misbehaves
• Act aloof since you are the leader of the pack
• Throw in a treat or a bone, if your dog does not like being confined in a crate.
• Let him realize barking will not get him out of the crate but only extend the time he stays in it.
• Use a plastic airline crate.
• Keep the crate in the family area, so the animal gets used to the ways of the family more quickly.

Petting means something completely different to a dog. To him, demanding to be petted is a show of dominance. Let him realize that while you will pet him, it will be on your terms. One of the pack drive issues, this is because the alpha of the pack expects grooming as his right.
Don’t
• Overdo petting
• Pet him when he has not earned it
Do
• Ignore the dog when he wants to be petted
• Scold him, if ignoring does not work

Earning the right to play

Another privilege that needs to be earned. Withholding play for a while ensures that it will mean more to the dog when finally allowed.
Don’t
• Play a lot in the initial stages
• Give him new toys – can trigger aggression in the initial stages
• Pick a fight that you might end up losing
Do
• Make him realize you own the toys and you can take them back
• Store the toys in a bag, not strewn around
• Keep him on the leash even while playing

That is a big don’t. Never let your family members pet or play with the dog until your role as his alpha has been established. It will help you establish the roles of other members later.
Don’t
• Let a child younger than the age of seven near a new dog.
• Try to teach a dog that your children rank higher than he does.
Do
• Make sure you are always present to supervise when kids are interacting with the dog.
• Make him understand that your child is off-limits
• Ascertain he realizes there will be serious consequences to breaking the second rule.

Interaction with people outside of the family

Don’t
• Allow people other than your family to interact with your dog.
Do
• Correct your dog, if he runs to a stranger and demands petting.
• Be firm in your corrections
• Ask strangers – and others, not family – to not pet your dog.
Exercise

Exercise can correct most behavioral problems since a dog that is being exercised will not be a bored dog who does not get into trouble.
Don’t
• Allow a dog out for jogging, if they are younger than twelve months.
• Over-exercise your dog since it can lead to skeletal failure.
• Allow a new dog outside without a collar
• Allow your dog to interact with stranger dogs while out walking.
Do
• Employ a weighted dog vest when walking your dog.
• Use swimming to exercise your dog, along with long walks
• Use a prong collar to correct the behavior of a dog who likes to pull on his leash.
• Drive a stranger dog away, if one does approach your pet – it is your job as the leader of the pack. Gas stray dogs to keep them away or use a stick.

Walking through doors and using the stairs

Both are important displays of your leadership over your dog and may be used to make him defer to your status.
Don’t
• Let your dog go before you do.
Do
• Reinforce the lesson, in case your dog does not get it the first time.
Opening the door, so that a dog can only stick his head through it is how you approach this lesson. If he tries to push his body through, hold him in place. Do not let them pull their head back either. Holding the position for a few seconds will make them realize that when there is a door in the way, they need to wait to be let through.
Feeding
We recommend you keep your dog on a raw all-natural diet. An alpha takes care of the lower-ranking members of his pack and that means he takes care that they are fed. Here is how you should go about feeding:
Don’t
• Let the dog inside the crate and then put the food in. Do it the other way around.
• Harass the dog after you have given him food, so that he cannot eat it.
Do
• Feed the dog yourself initially and while he is in the crate.
Grooming Habits

Since grooming is an expected practice between pack members, spending a few moments grooming your dog is required. Again, the goal here is to establish control and make him see you as the pack leader.
Don’t
• Allow the dog to behave restlessly during the grooming.
Do
• Keep your touch soft, so your dog understands that you like him.
• Praise your dog at the end of the grooming session and signal him that the session is over.

Staying away from vaccinations

Even though, we would prefer you do your own research, we tend to stay away from vaccination. It is our belief that they can cause health problems in a dog. If you are providing him with a healthy all-natural diet, his immunity will keep him away from illness. Too many vaccinations can cause auto-immune diseases in dogs.
Establishing a meaningful bond makes you both want to spend time together. Do not disregard its importance or the happiness it can add to your life and your Personl Protection Dogs.