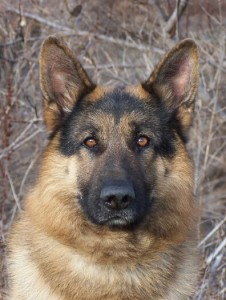 Dogs are a man’s best friend. Because of this, when we look at our dogs, we tend to immediately feel the love we have for them. Takefumi Kikusui, a professor of veterinary medicine at Azabu University in Japan studied the chemical changes that occur when a man and his dog stare into each other’s eyes.

Let’s take a more in-depth look at the science behind this study.

Oxytocin’s Role in Your Pet Dog Loving You

The study lead by Kikusui suggests that when humans stare in their dogs’ eyes, chemical changes occur in the body and oxytocin is released. This release creates a response that is similar to that of a mother gazing at its newborn. This then causes a “Love Hormone” to be released.

How the Study Was Conducted

The study found an increase in oxytocin chemical levels in both the human’s urine and the dog’s urine. Another study published in the Journal of Science also proved that the increase in the level of oxytocin in humans was directly proportional to that in their pet dogs.

The Bond of Love Between You and Your Dog

For dogs, researchers believe that their bond with humans comes from a friendly dog breed in the past learning to bond through eye contact. As for humans, we feel close to our dogs because we interpret their gaze as a symbol of affection.  Either way, the loving bond between humans and dogs is beautiful and irreplaceable.