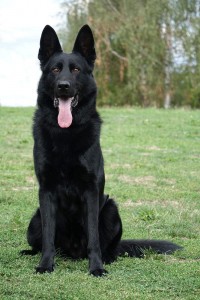 Dog owners are quite close to their canine friends. Although we are the “Alphas” in the relationship between us and our dogs, many don’t realize that dogs are actually very much like us.  In fact, recent research on dog behavior suggests that dogs are very similar to humans in their characteristics.

The Relationship Between Humans and Dogs

The bond between humans and dogs is one that has been around since pre-historic times. Many experts who have studied dogs believe that it was approximately 11,000 to 16,000 years ago when wild wolves started hanging around humans. At this time, they adopted many human traits. As these wild dogs became used to human company, primarily because they were being fed, they started helping humans and acted as family protection dogs.

It is because of this bond, dogs started showcasing human-like personality traits like jealousy, empathy, and expressions. It is also believed that that is how dogs became known as “Man’s Best Friend”.

Our dogs understand social behaviors and learn by watching how we interpret others’ personality. According to a study published in the Journal of Animal Behavior, researchers examined 54 dogs that were put in certain situations.

There were three groups in this research: The Helper group, the Non-helper group, and the Control group. Each of these groups had the following scenarios presented to them:

In all three scenarios, there was also a third person or neutral person sitting in the room.

During the experiments, all three people offered treats to the dog. Surprisingly, the dog did not take the treat from the person in the non-helper group who didn’t help the dog owner. The dog instead took treats from the neutral person. As for the dogs in the helper group, they did not take treats from either person.

Although the results of this research are to be substantiated further, it is still quite evident that dogs do not bond with those who are mean to their owners.

Another interesting study on canine behaviors in the Journal of Animal Behavior suggests that dogs who are untrained have the ability to follow human gaze.

Following human gaze is a common trait that is found in chimps, goats, and dolphins.

The research that was led by Wallis included 145 border collies that were separated by their age and training levels. When a person gazed into blank space, the untrained collies would also gaze into black space. They would also look back at the person and stare into the blank space again, trying to figure out what the person was looking at.

The trained collies, however, were unable to follow the human gaze as they were trained to only look at the face of a human. When the researchers trained an untrained dog for several minutes, they learned that the dog was unable to follow the gaze and eventually just focused on the face. Since personal protection dogs and executive protection dogs are trained, this means that following human gaze is not known because they have learned to focus on your face and follow your expressions rather than the gaze.

The two studies mentioned above brings us closer to the conclusion that our canine companions are very much like us. They can not only sense our moods, but they also can mimic our personalities and behavior.