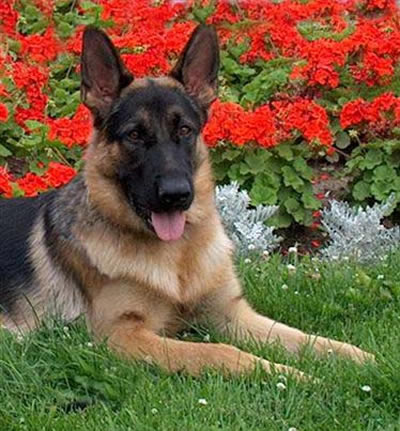 There is a widespread belief that a dog considers his owner/handler to be another dog. I disagree with this notion since I know Protection dogs to be remarkably intelligent creatures who know how to distinguish between humans and their own kind.
Another bone that I have to pick is my protection dog putting me at the head of a pack that does not even exist! Here are some reasons to support this claim. Whether they seem to be of sound logic or not, you be the judge.

Firstly, the domestic dog is no more a pack animal but a social one. Let us look at a true pack animal – the Wolf. He behaves in a very particular way by choosing to shun the company of humans and prefers living with others of his kind. Even when you see one in captivity, people’s presence bothers him. Imagine the horrifying implications of such Jekyll & Hyde – wolf hybrids – on sale to the general public! Now compare that to a dog; he will follow his owner while leaving his littermates behind.

The bond between a dog and his human is one of the most natural bonds there is. It is unique yet very clearly present. However, when man, in his folly, considers introducing abstract concepts like drives or attempts to be the head honcho/ alpha of the “pack”, he throws the balance off by adding a third wheel to the equation!
A dog’s superior sense of smell is so amazing that he uses it to differentiate between minute scents. A master of reading body language, he can also detect the presence of death, evil, cancers, and even seizures before they even happen! How can I keep from cringing when I observe a human being mimic a dog’s actions or canine rituals to dupe the dog into thinking that they are dogs too? Such clownish displays aimed at establishing a sense of superiority over a canine just make me laugh!

A dog knows his role better than a human does. The social instinct draws a dog away from his siblings towards a human voice, not the pack instinct. He freely gives his commitment and is the only animal to do so. Why conquer something that is a gift to us?